The Nevobo, the national volleyball federation, finds it important that everyone can play volleyball in a safe environment. Sadly, the past has shown examples of people abusing their power and position in various situations. In order to provide a safe and free environment for everyone to play volleyball, the Nevobo has introduced ‘confidants’ (VCP) within each volleyball club. This person is the first point of contact for members who experience unacceptable behaviour, such as abuse of power, sexual harassment, discrimination or other forms of abuse. 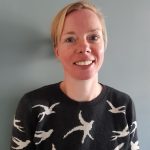 At Armixtos, our VCP contact person is Tryntje (dames 4). She is your first point of contact to discuss any kind of unacceptable behaviour such as described above. She will listen to your story and discuss with you whether it is an issue that the VCP indeed needs to deal with.

You can reach Tryntje in her role of VCP via vertrouwen@armixtos.nl

Things you can(not) discuss with the Confidants (VCP)