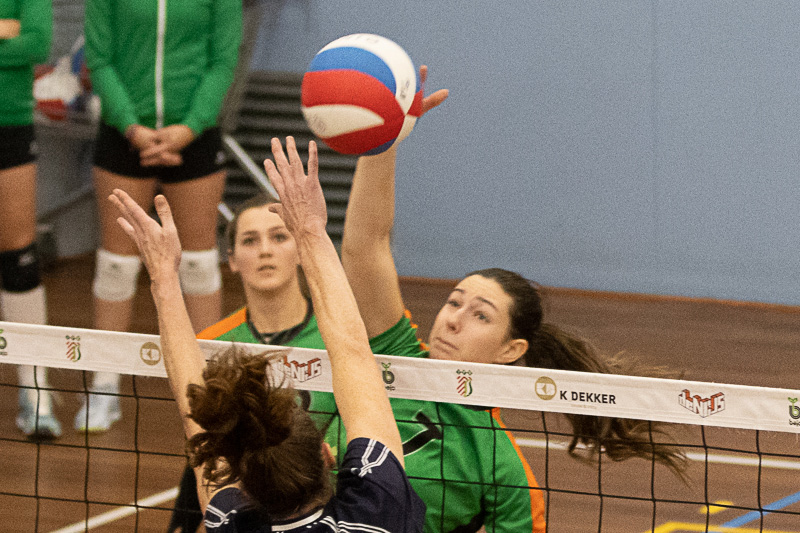 Starting the match against Dinto DS 1 with a new starting 6. The first set started strong with a lot of fight but we lost the first set 27-25. The second set we were able to win 25-19. From the 3rd set we were not able to keep up with Dinto and the final result came to a loss at 1-3.

The next game was against Sliedrecht Sport DS2. This game was straight after the 4 set Dinto game. Confidence was low from the result of the first game. We lost the first set 12-25. In the second set we were able to gain confidence through the support from the bench players chanting and screaming for every point no matter how big or small the point was. Unfortunately, although we fought hard, we were not able to win the game against Sliedrecht Sport DS2 as it was clear that they had also stepped up their game for the next 2 sets. Final result for this game was a loss of 1-3.

We will keep training hard to make sure we can win the first set because this is what will lay the mood for the rest of the game to win!